Everything you need to know about Tricep Implants & Augmentation Procedures 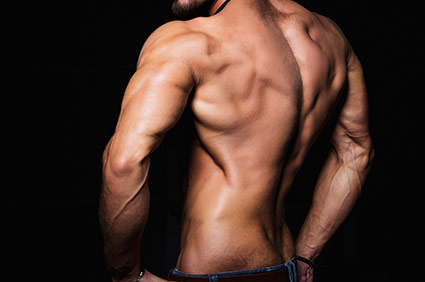 Using the Chugay Biceps Prosthesis as a starting point, a custom designed triceps prosthesis was developed by Dr. Nikolas Chugay to help achieve augmentation in the triceps area for reconstructive and cosmetic needs.

Triceps augmentation really takes its early steps in the work done by various surgeons to augment the bicipital region. The biceps implant was initially used by surgeons to help in the reconstruction of soft tissue defects of the upper extremity left by significant trauma or post oncologic surgery.

Using his experience with biceps augmentation and having a good understanding of the upper extremity musculature and neurovascular structures, Dr. Nikolas Chugay sought to begin performing triceps augmentation not only for restoration of volume following traumatic injury or as a result of congenital abnormalities but to aid those patients who wished to increase the volume of the triceps region purely for vanity. In 2010, he published his initial work on 14 patients that received triceps augmentation from 2008-2010. All of the initial procedures were performed via an incision in the axilla and placement of the implant primarily in the submuscular plane. In the primary author’s experience, greater risks for complications were possible with placement of the implant under the muscle, as in biceps augmentation, and for that reason the author routinely uses the subfascial plane for augmentation in the vast majority of cases. With placement solely beneath the fascia, the improved contour was similarly noted but without the increased risk of damage to vital neurovascular structures.

Initially, triceps augmentation was introduced as a means to treating asymmetries in the arm region left due to congenital anomalies, trauma producing atrophy of muscles in the upper extremity, and in those patients who suffered volume deficits secondary to trauma or post oncologic surgery. Triceps augmentation, for purely aesthetic reasons, is indicated for the patient who has hypoplasia in the area of the triceps muscle.

Based on evaluation at consultation, the surgeon can choose the implant that would best suit the patient’s body habitus. 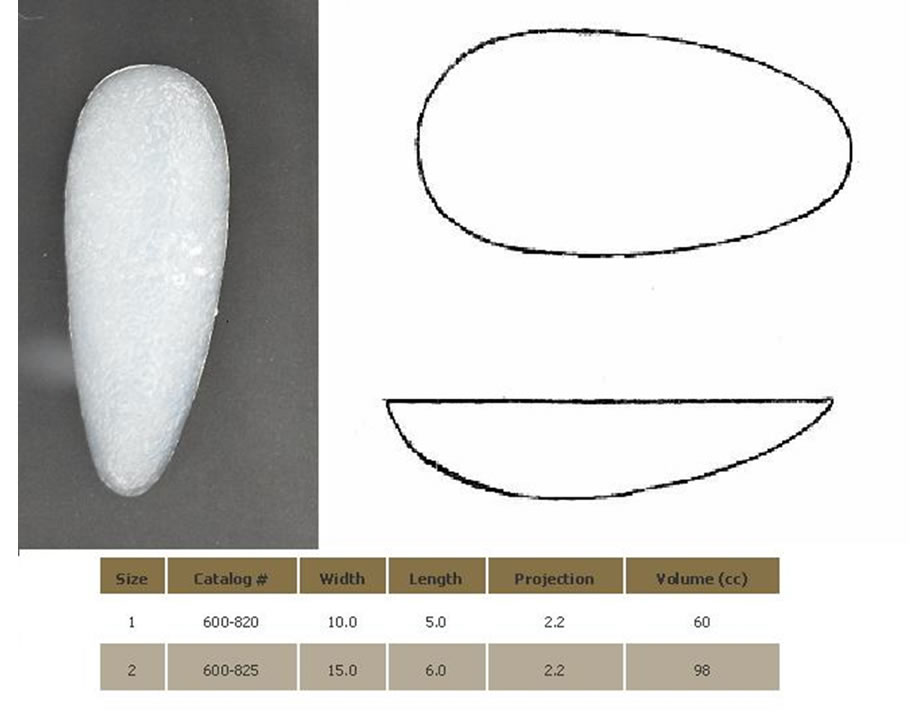 On discharge from the office on the day of surgery, the patients have their arms wrapped in elastic compression sleeves to diminish the amount of swelling and potential for seroma formation. These sleeves are to be worn at all times for a period of 4 weeks.

Patients may remove the sleeves to shower and to wash the sleeves as needed. Patients may begin showering the day after surgery, taking care to dry the elastic tape over their incisions with a hair dryer on a low heat setting. The patient is instructed postoperatively to limit the use of the upper extremities and to avoid exertion or any heavy lifting.

Patients may begin to use their arms as tolerated immediately after surgery but are restricted from heavy lifting or vigorous activity for 4-6 weeks post operatively.

Patients seeking contouring of the upper extremity can present with a constellation of problems including: lipodystrophy, skin laxity, and muscle hypoplasia. In addition to treating the hypoplastic muscle with triceps implants, a patient may require some combination of liposuction of the arm and/or excision of excess skin with formal brachioplasty. These will be further discussed at the time of consultation.

Although triceps augmentation does have significant utility in the realm of reconstructive surgery to bring about greater symmetry between the two arms, it is clear that it can be successfully used to augment a hypoplastic triceps region, giving the patient a more musculature and defined upper extremity.