Everything you need to know about Buttock Implants, Fat Grafting and Buttock Enlargement/Augmentation Procedures 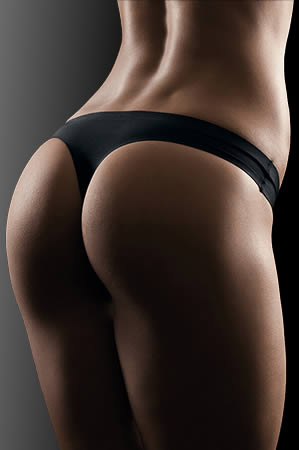 The popular media has put a premium on particular physical attributes that are attractive, and none of these has been more prominent in the last two decades than the buttocks. Stars such as Shakira, Jennifer Lopez and Kim Kardashian are revered for their round, plump bottoms, and the 1992 song “Baby Got Back” idolized big butts. Cultures such as those in South America, which openly display the human form, have increasingly sought ways to contour the gluteal (buttock) region, as it is considered a very important secondary sexual characteristic. To that end, it is now common for men and women of all cultures to seek out options from a trusted, reputable aesthetic practice such as Lafayette Cosmetic Surgeon, Dr. Paul Chugay, for augmentation of the buttocks, in the hope of looking more shapely.

Many surgeons on many continents have added to the knowledge base and growing amount of literature on gluteal augmentation procedures. Gluteal augmentation surgery began in 1965 when Bartels first used a mammary prosthesis (Cronin prosthesis) in the gluteal region to produce a more round and supple bottom side. Subsequently, Cocke in 1973, Douglas in 1975 and Buchuk in 1980, described their early experiences with aesthetic gluteal augmentation. In 1995, Dr. Nikolas Chugay evaluated the work being done at the time in gluteal augmentation and felt that the potential for injury to the sciatic nerve was too great when performing a complete submuscular augmentation (below the 3 major gluteal muscles) and began working to place gluteal implants in a more superficial submuscular space, which would later be termed the “inter-muscular” space. His initial work on 22 gluteal augmentations performed in the inter-muscular space was published in early 1997 as a “modification of buttock augmentation.” The inter-muscular space was defined as the potential space that was visualized between the gluteus maximus above and the medius and minimus below during surgical dissection. An implant could easily be placed into this position, thereby minimizing trauma to the gluteus maximus muscle and avoiding injury to deeper muscles and neurovascular.

Buttock Augmentation With Implants and Fat Grafting: A Comparative Study

Although the search for the ideal implant continues, the semi-solid elastomer implant and cohesive gel implant have underscored the major developments in buttock augmentation surgery.

In our own practice, it is our feeling that implants made by AART (Reno, NV) provide not only rigidity needed to provide a solid augmentation but are pliable enough to make them natural in their look and feel when implanted.

Gluteal augmentation with implants is indicated in patients who suffer from insufficiency of the gluteal region. These patients are typically young and have good muscle and skin tone but lack volume or definition to the gluteal region. Gluteal implants are also indicated in patients who suffer from ptosis of the gluteal region and wish to have a perkier appearance to the buttocks. Another set of patients that benefit from gluteal augmentation with implants are those who have a congenital gluteal deformity or acquired asymmetry (due to trauma, post-operatively, or post oncologic resection).

Based on evaluation by the physician, an appropriately sized round silicone implant is chosen to safely meet the patient’s need for gluteal augmentation. We prefer the style 3 round gluteal implant with sizing as follows: 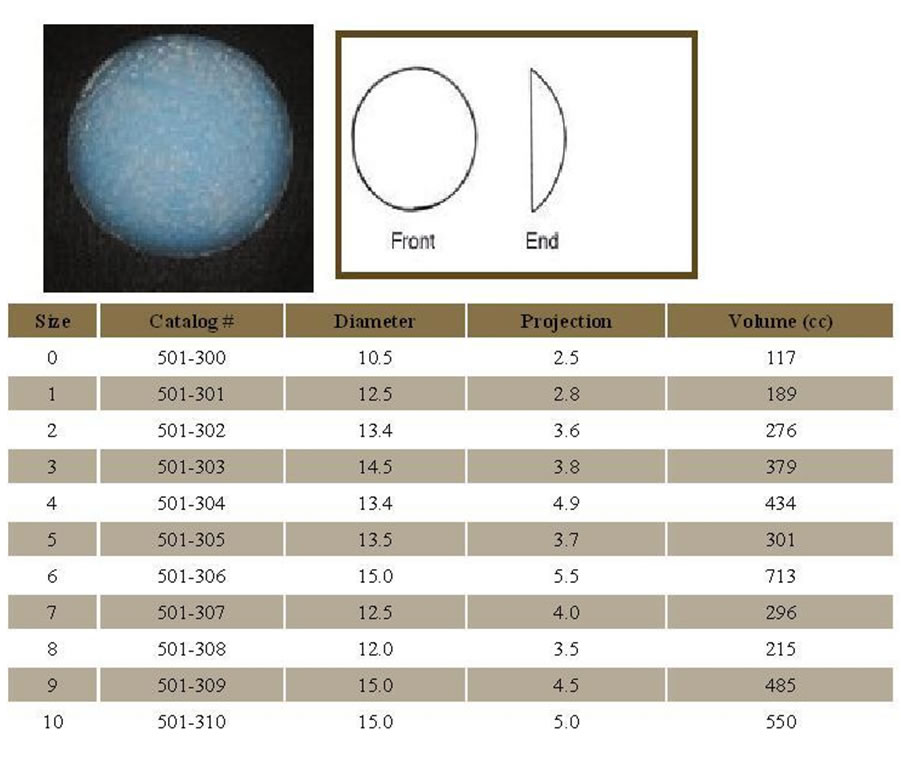 Postoperatively the patient may begin ambulating starting on the evening of the procedure. They may shower POD 2, making sure to keep dressings clean. The buttock region is dried and antibiotic ointment is applied in a thin layer. Patients are then allowed to begin light activity at week 2 and full unrestricted activity at weeks 4-6. Patients are asked to wear an elastic compression garment for four weeks post-operatively to prevent dead space, thereby helping to reduce the risk of seroma formation. The legs are to be elevated as much as possible to allow for better lymphatic/venous drainage. Patients are prescribed both narcotic analgesics along with muscle relaxants (diazepam 5mg every 8 hours as needed for spasm) to assist with post operative pain.  Patients are placed on broad spectrum antibiotics post operatively. For 2 weeks post-operatively, the patient is asked to sleep on their abdomen or side and avoid direct pressure to the buttocks. After 2 weeks, the patient is cleared to sleep on their buttocks and sit on their new bottom side with the intention of slowly stretching the newly forming scar capsule. In the early post operative period, patients may sit on their bottom side, but favoring a “bird on a perch” position with the majority of bodily weight being focused on the posterior thigh region rather than directly on the midportion of the buttocks.

In performing surgical buttock augmentation procedures, complications can arise. Expert Cosmetic Surgeons who have over 30 years of experience on the cutting edge of implant and cosmetic procedures can substantially reduce the risk of complications, but it is important for you to be aware of the possibilities so that you take the proper care of your implants after surgery as advised by your doctor. Make sure you ask your doctor about these complications so you are an informed patient.

As has been the case in our practice, we have seen many patients that present after having had a buttock augmentation in the subcutaneous plane and note a sagging of their buttocks within 10 years of their previous surgery. They present wanting to have their buttocks lifted and wish to regain their more youthful appearance. In managing these patients, one must be very meticulous in the operation to achieve good results that improve the patient’s presenting condition. Transitioning to a deeper position often times is a solution to the problem of the “hanging butt”.

When considering the patient for gluteal augmentation, the surgeon should evaluate the areas surrounding the buttocks for possible liposculpture or other adjunct procedures. Patients seeking augmentation of the buttocks frequently have lipohypertrophy of the flanks, sacrum, and thighs that may need attention to better define the contour of the buttocks and achieve a more aesthetic appearance. Liposculpture to these areas frequently can help to better define the gluteal aesthetic units. This is especially true when performing liposuction of the flank and lower back region, which can provide a gentle “s curve” in females to the lower back along with a narrowed waist, hence accentuating the new fullness of the buttocks. 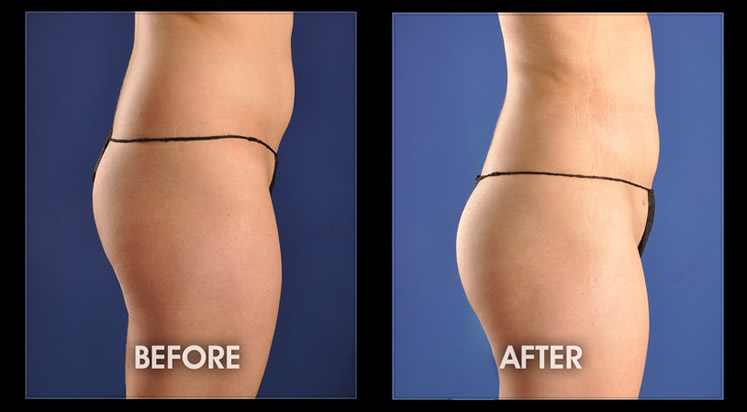 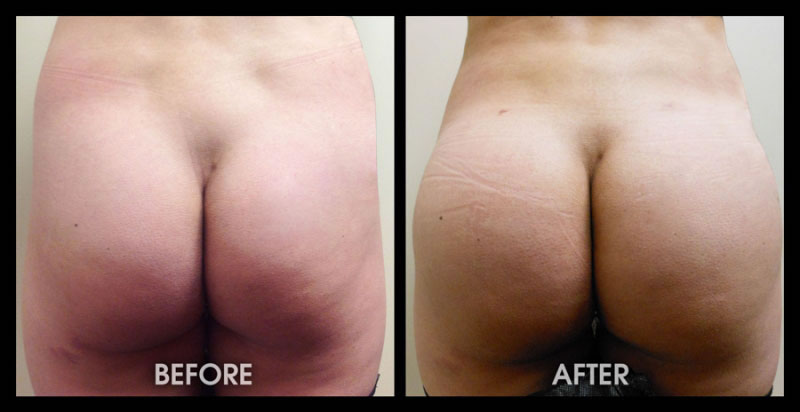 The topic of the “Brazilian butt lift” and using a patient’s own fat to augment their bottom side has been a hot one in aesthetic surgery within the past decade. Since the advent of liposuction, surgeons have been working to contour the body with removal of localized adiposities. Work by Sydney Coleman in the field of fat grafting has helped to propel the use of fat to augment everything from the face and hands to the butt. Coleman’s work with fat and long term studies on permanence of the effect of grafting then pushed other surgeons to start grafting more frequently to the buttocks with significant improvement in gluteal contour. Some patients who present to consultation have fat excess or lipohypertrophy in the flanks, hips, thighs, back, and/or abdomen and would benefit from liposuction. This fat can then be used to augment a hypoplastic or deflated gluteal area as opposed to using a prosthesis. When considering a patient for augmentation gluteoplasty with fat grafting, two very important factors need to be kept in mind:

Buttock Augmentation With Implants and Fat Grafting: A Comparative Study

Buttock augmentation has evolved dramatically from its infancy in the 70s. Currently the surgeon has several positions to choose from for implant placement: subcutaneous (not recommended), submuscular, intramuscular, inter-muscular, and subfascial. The inter-muscular position is our preferred technique due to the ample space possible for augmentation, significant implant coverage afforded, and the decreased risk of sciatic injury. While there are various possibilities for incision placement, the intergluteal fold incision affords the best hidden and aesthetically pleasing scar. When considering buttock augmentation, the patient has the option of implant augmentation or augmentation with fat grafting and the patient should be counseled on the risks and benefits of one procedure over another.