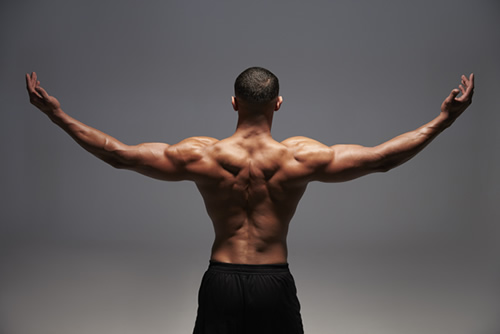 Trauma, oncologic surgery, and congenital conditions can alter the appearance of the shoulder girdle and produce noticeable asymmetries of the upper extremity. Dr. Nikolas Chugay designed a prosthesis to help in recontouring the deltoid region and help patients attain greater symmetry between the two arms. In addition, increased publicity given to sculpted physiques has driven many men in search of a more muscular appearance. Despite rigorous workout regimens, some men are not able to gain the volume and definition that they desire in the deltoid region. For that patient, a deltoid implant may help in giving a more muscular appearance.

Orthopedic surgeons and plastic surgeons have long dealt with congenital anomalies of the shoulder and injuries to the brachial plexus that produce degeneration of the deltoid muscle and leave asymmetry between the two arms. Silicone prostheses have been used in these cases to help maintain the shape of the arm and achieve greater symmetry between affected and unaffected sides.

Of the known congenital anomalies of the shoulder girdle, Sprengel’s disease is the most discussed in the literature, despite its rare occurrence. It results in a congenitally high scapula due to inadequate caudal movement of the scapula during development. Although there is no way to create absolute symmetry between an affected and an unaffected arm, the use of orthopedic procedures such as the Green technique and Woodward technique to re-attach the overlying musculature and reposition the bone are the standard of care. Some surgeons have moved to using artificial silicone grafts to help bridge the gap to a good cosmetic outcome.

In 2011, Dr. Nikolas Chugay began his work in creating a custom deltoid implant for cosmetic augmentation of the lateral shoulder region. Although the work began on a patient with Sprengel’s deformity, subsequent patients merely had hypoplastic deltoid regions and wanted to add volume to achieve a more “bulked up” appearance. Since his initial work in deltoid augmentation, Dr. Chugay currently places a custom made Chugay Deltoid implant beneath the fascia of the deltoid muscle, avoiding injury to key neurovascular structures, especially the axillary nerve. With this augmentation, patients can expect to see a horizontal increase in volume of approximately 1 inch (2.54 cm) per side.

The primary indication for deltoid augmentation is correction of unilateral defects coming from trauma, oncologic surgery, and congenital anomalies. Congenital abnormalities of the skeleton, such as Sprengel’s deformity which results in one shoulder blade sitting higher than the other, can be treated by performing a unilateral deltoid augmentation to bring greater symmetry to the body, particularly in the lateral aspect. Muscular dystrophies and traumatic injuries to the brachial plexus which result in hypotonia to muscles of one arm can similarly be treated with a unilateral deltoid implant to create a more symmetric appearance to the upper extremities.

Augmentation of the shoulder region does not improve function of the muscles or the upper extremity. Patients who present with conditions due to trauma or congenital abnormalities need to understand that the change will be purely cosmetic and will have no improvement in mobility or function of the affected limb.

Based on consultation with the surgeon, an implant will be chosen to provide the maximal aesthetic outcome in the safest way possible. 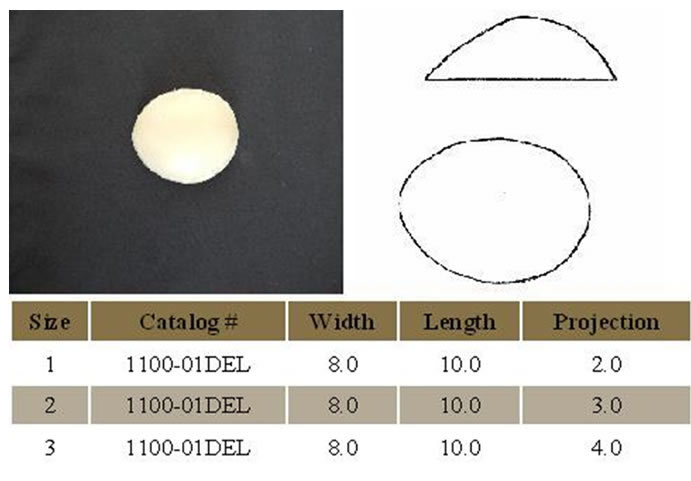 Postoperatively the patient may begin ambulating starting on the evening of the procedure. They may shower the first postoperative day, making sure to keep dressings clean and dry the Robbins tape with a hair dryer on a low heat setting. If permanent sutures were used by the surgeon, they may be removed at the one week visit.

Patients are then allowed to begin light activity at week 2 and full unrestricted activity at weeks 4-6. Patients are asked to wear an elastic compression garment for four weeks postoperatively to prevent dead space, thereby helping to reduce the risk of seroma formation. The legs are to be elevated as much as possible to allow for better lymphatic/venous drainage.

Patients are prescribed both narcotic analgesics along with muscle relaxants (diazepam 5 mg every 8 hours as needed for spasm) to assist with postoperative pain.

A semi-solid silicone implant can be used as a means of increasing volume to the lateral deltoid region to correct defects left following oncologic procedures, as a result of congenital defects, or following trauma. The implant can also be successfully used to augment a hypoplastic muscle in patients that are not able to achieve the desired results with conventional or even aggressive workout routines.